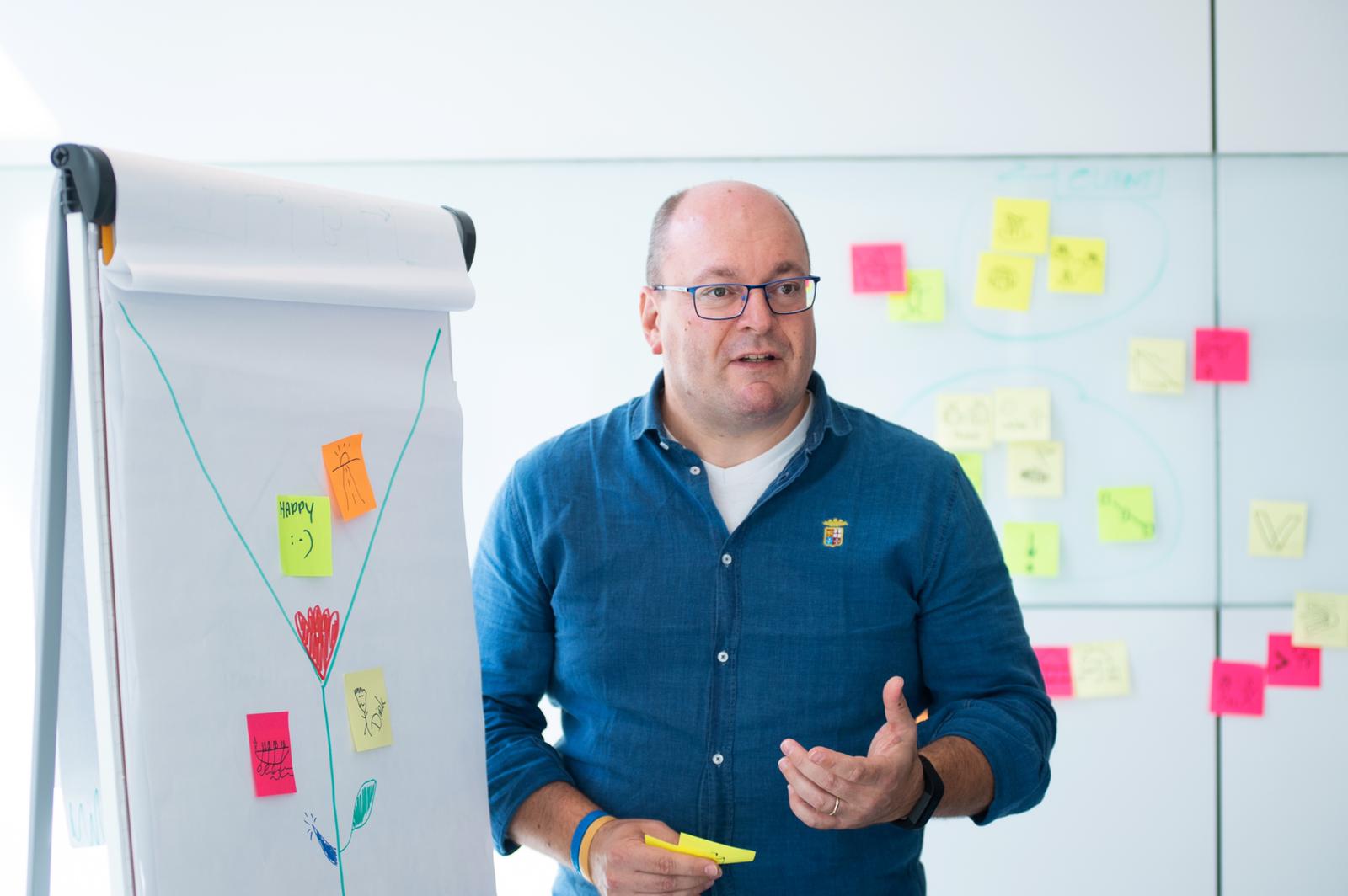 Jeroen de Groot has been a consultant at Accenture for the past 18 years. He signed up to Life Sprint with the aim of assessing his professional next steps and goals, but realised that, to get unstuck, he first needed to build himself some healthy habits.

“Have you ever just felt like you were just going through the motions?” Jeroen sighed, “after 18 years in one organisation, in numerous different roles, I needed a new focus and was wondering about my next steps. I felt frustrated and low on energy: I’ve been working towards goals all my life, but suddenly found myself without them. I wanted to find my fire again!”

He spoke to his career counsellor at work, who was incredibly helpful in terms of showing him his options within the company, but he needed more..

“As a design-thinking and coaching enthusiast, Life Sprint intrigued me. More than anything, I was curious to go through the process of using these principles on myself, especially given that the whole process would be virtual. Given all this, signing up to Life Sprint was a no brainer!”

As so often happens in design thinking and coaching sessions, it transpired that the pain point Jeroen brought to the table was just a symptom of the problem.

“I really believed that my lack of energy was because I didn’t have ideas or direction, but that simply wasn’t true. As soon as I took a helicopter look at my situation, I realised my lack of energy was what was holding me back. My routine just wasn’t right, and if I didn’t change that, I wouldn’t be able to change anything.”

Throughout the first sprint week, we helped Jeroen tease out how to create some healthier habits, and to set realistic goals, so he could reconnect with his energy source. He identified that he had a lot of ‘helpers’ to empower him to stay on track, from his own coaching experience to those around him, such as his wife and cycling buddies. “The connection with the other Sprinters was very active and open. We shared ideas and experiences, which was very useful to me, and allowed me to see that I had a huge support network to help me achieve my targets.”

At the end of week 1, he was excited, and ready to tackle his new goal - find and maintain 3 daily healthy habits that gave him energy - head-on. Throughout the support phase of Life Sprint, Jeroen implemented his new routine, taking ‘micro-movements’ throughout the working day and cooking himself more wholesome meals.

The tiny changes were enough to restimulate his passion, and by the end of the Life Sprint support phase, he’d renegotiated his contract with his employer, adding an addendum that allows him to work as a coach for external agencies, and has secured himself more career-coaching sessions. Plus, he’d lost 8kg and found himself jumping out of bed again each day!

When we caught up with him 4-months later, he was radiating with energy. “I feel like I have more freedom and flexibility with my work. I recently co-facilitated a facilitation training for an agency! I want to do more of this, and am working on a plan of how to ensure this materialises.”

“I’m a big fan of Life Sprint! The structure and support were particularly helpful, to the point that I’ve been using it as an example of best practises in presentations I’ve given on personal and professional development!”

Thanks, Jeroen! What a huge compliment. We’re impressed with how far you’ve come in such a short amount of time!

Do you have a career goal, but aren’t sure how to achieve it? Or perhaps - like Jeroen - you feel lost and need some help finding your daily structure? We’d love to have you join an upcoming sprint!