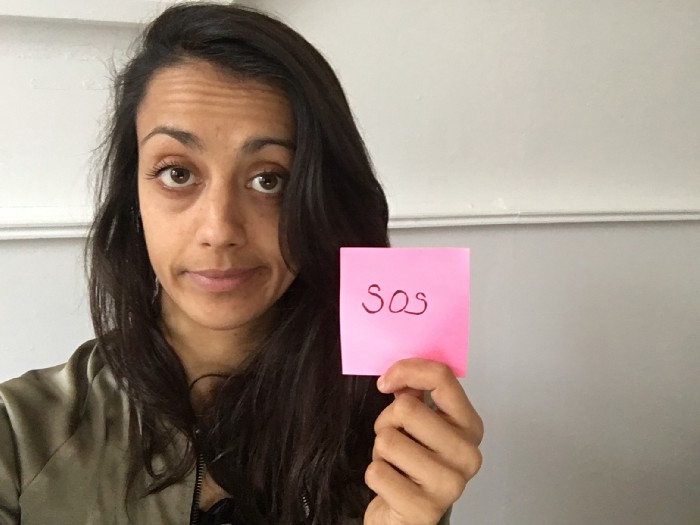 In October 2019, Emily quit her job not knowing what to do next. She joined a Sprint in December 2019, hoping to find her professional orientation. Here she shares her experience of what she's calling the "Unf*ck you life design sprint!" Over to Emily...

I’m a design-thinking sceptic. Not because I don’t believe in it’s potential, but because I’ve attended way too many poorly conceptualised workshops over the past few years, with facilitators who don’t know what they’re doing.

At the end of last year, I went to one such workshop. It was chaos. We created personas based on our imagination, we formulated plans for these non-existent people, and spent far too long re-writing the original challenge question with “better” words. I’m still not sure what the point of the day was…

So when I came upon a post about Life Sprint, I frowned. These two guys — Matt and Rakesh — really thought they could use design-sprinting techniques to help people figure out their professional challenges? Good luck to them, I thought as I scrolled down my feed, it sounded like a tough gig.

But here’s the thing: I was stuck, like, really stuck. I’d recently left a job I loved because it was too stressful and the trajectory wasn’t what I wanted, and I had no idea of what I’d do next.

I’d spent a month decompressing, and it was beginning to dawning on me that I needed a purpose again. But with an entire world of opportunities out there, where would I even begin!? After a chat with Matt, who reassured me that Life Sprint could help me, I signed up. What was the worst that would happen? If it was terrible, at least I could continue smugly denouncing design-thinking as nonsense.

Spoiler alert: it was great, and I can — annoyingly — no longer be smug.

The first session of what I am now fondly calling “unf*ck your life”, began with six people, scattered across Europe, staring into their webcams, shyly sharing what they wanted to get from the upcoming series of four online guided workshops.

In our first exercise, we were all asked to shut out eyes and imagine where we were now, and to then zoom out and imagine ourselves in the future. It sounds silly, but I’ve never really done this before. I’ve thought about what I want from jobs, and next steps, but I’ve never given myself the time to visualise where I’ll be in the long run.

I surprised myself with the results, as well as the overwhelming warm sensation I felt as this dreamy vision appeared: a small house by a lake and surrounded by forest. Me, outside, running a workshop for children. A converted barn with a group of individuals practising yoga. And a garden full of ripe vegetables, ready to be cooked with. I got lost in this image, and my chest relaxed, my breathing slowed and my skin tingled. I felt content.

Summoned back into the real world, and we were told it was time to begin heading in this direction. My heart sunk: it seemed I had to build myself quite the steep path to get to my dream. I felt so lost. How would I ever be able to create this for myself?

The idea is simple but oh-so ingenious. We had 30-minutes to think about the short-term and long-term actions that would help us achieve our goals, and under those two heading, to consider the pragmatic actions and the magic actions. I started slowly, unsure of how to begin, but Matt and Rakesh were on hand to guide all of us in formulating our virtual post-it notes, pushing us to think more and articulate better. Half an hour later and I’d created myself a long, but very interesting, to-do list. I was quite impressed by the things that had been extracted from my head.

Throughout our next sessions, we continued participating in short, speedy exercises that pushed us to create the next step of our journey. We worked on the classic “how might I” idea, interviewed each other, and identified our barriers and helpers. And by the end of the course, we each had a plan-of-action with goals to hold ourselves accountable.

Perhaps one of the most beneficial parts of Life Sprint was the other attendees. Meeting people from different backgrounds who were also facing professional challenges was incredibly useful, especially as the whole group was impossibly supportive. We shared ideas, experiences and challenges, and worked to help each other as much as we could. I felt both pushed and inspired, and I’m excited to watch the others grow.

Honestly, I was impressed. Through the process, I had created a structure for myself and my development, which is something I was sorely missing. I felt I had a direction, that I’d identified my passion and my topic area, as well as other key things that I must have in my career: I need people around me who share my drive, I have to work on a subject that I’m passionate about, I want to inspire and empower others through experience, and I must have a learning curve.

While I don’t yet have a little community house in the countryside, I do have a few projects bubbling away that will help me get there, and I’m pretty sure they wouldn’t have been formulated if it wasn’t for Life Sprint. These two guys really did help me unfuck my life!

Life Sprint is a four-week process for tackling career stuckness. Inspired by design thinking and coaching theory, Life Sprint has been designed to help reframe career challenge, identify obstacles and take small but powerful steps toward a better life.